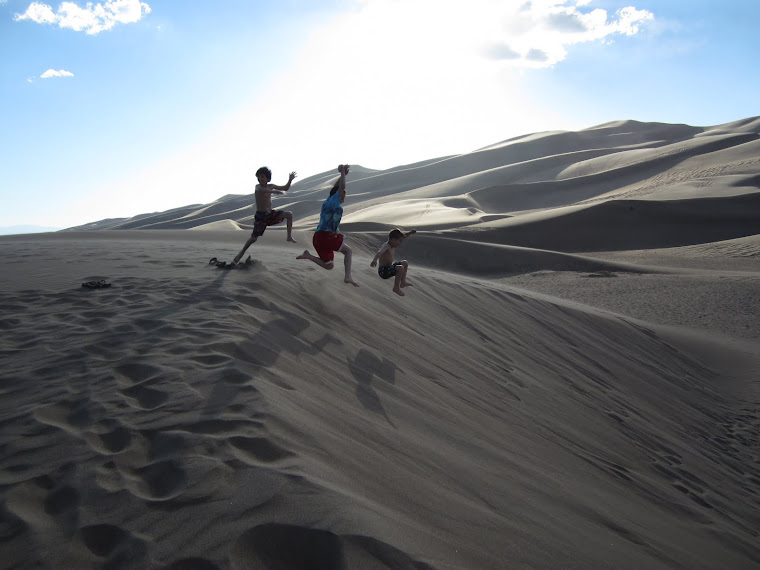 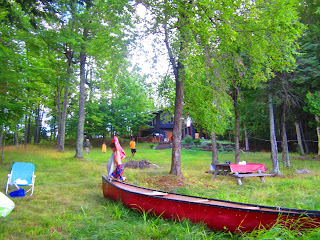 Last summer my parents bought a cottage (I guess they aren't called cabins there in the upper peninsula of Michigan, which is weird for me; going up North is always to a cabin, but whatever you call it, it is a place on a lake.)  The U.P. as we call it, is such a magical area.  Now, my dear husband and I love the U.P.  Love it.  Been snowmobiling there since we were young.  We want to be Yoopers.  Every once in awhile we even look for jobs for him up there.  Sigh, no luck.  But NOW we can vacation there.  YEAH!
We just spent 5 glorious days there.  Not to hot, not to cold, but just right (as good ol' Goldilocks would say.)  Thought you might enjoy a tale or two and then some pictures to go with.

Story 1:
So, it was a week of getting hooked.  Treble hooking, mind you.  My oldest, repeatedly hooked his clothes.  Had to cut out a few hooks.  My dad hooked his head with a treble hook, aaannnnd just pulled that sucker out.  Then my youngest hooked my dad's finger.  Yup, you read that right.  A treble hook into my dad's pointer finger.  I won't gross you out with details, but he pushed it through, cut off the barb and the backed out the rest of the hook.  By himself.  He is about the toughest guy I know! 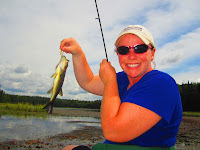 Story 2:
My sweet hearted husband (who I tease is a 4 year old who shaves) snuck out in the woods behind the kids and scared them silly.  He threw a limb to make a crashing sound and began to growl like bear.  Boy, oh boy, did those kids come running.  To be fair to my husband, they had been called a few times to dinner and had ignored us.  It was honestly funny.  Maybe you had to be there. 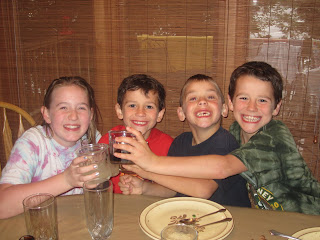 We lost countless lures in the trees and lilies.  We swam.  We canoed.  We had a campfire.  We hiked.  We read books and comics.  It was good. 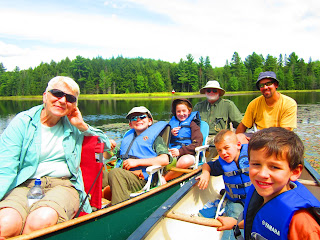 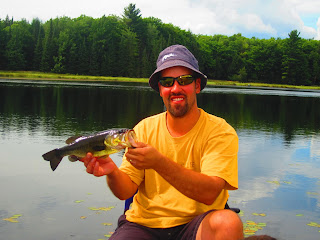 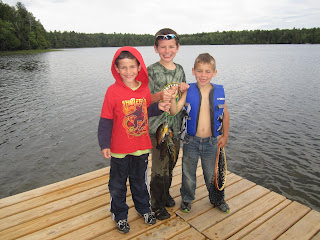 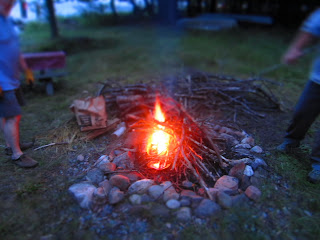 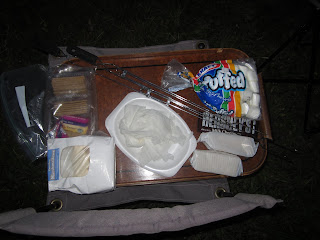 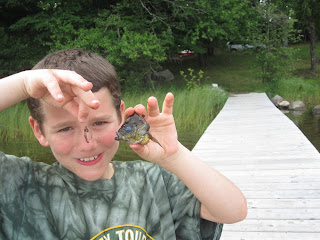 We are home now, recharged and wishing we were back there.

Email ThisBlogThis!Share to TwitterShare to FacebookShare to Pinterest
Labels: family